Only Fools and Cyclists 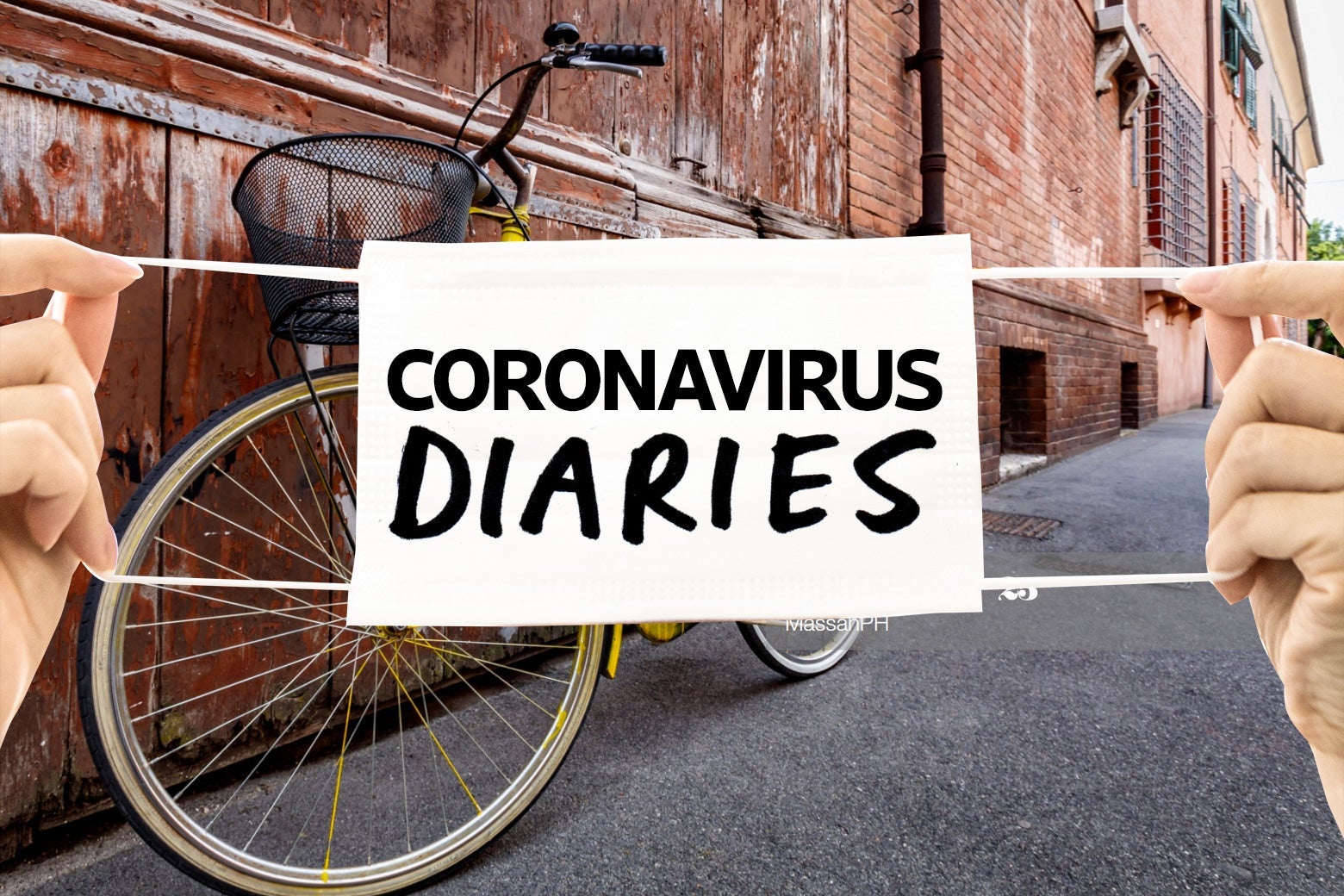 Did everyone else enjoy the lockdown…?

It’s been a crazy few months of Lockdown and it has been fantastic to see SO many people on their bikes. You guys reading this will not know me, but I cycle ultra-solo endurance rides for charity each year. I have been all over Europe and this year I was supposed to be off to Helsinki from Northamptonshire but ultimately this is on hold.

To keep ticking over I have set up and completed a few cycling challenges… mainly to keep me sane, but one of the rides had the complete opposite effect!

Like most active cyclists being instructed to stay inside all day bar a government allotted hour was horrendous. In March I tried a few rides out but you do get paranoid and when you get close to other cyclists overtaking or being overtaken, (on a very rare occasion... honest!) you worry. Luckily where I live its surrounded by the countryside and Rutland water is about 20mins away, so my rides were always aesthetically spectacular. The more I cycled in March the less effort I was doing in my rides, so I had to do something to get the blood flowing. On the 28th March I decided to do a virtual ride from London to Paris and back over the weekend. I have a selection of bikes (as you can imagine) but I didn’t want to ruin my amazing Specialized Roubaix 2020’s tyres on my old turbo trainer. So out of the shed I dusted off my Specialized Allez 2015 which I used to cycle to Paris in under 24hours and cycled to Rome on it. A bike which has covered over 20,000 miles which was bought the bike from Rutland Cycling! After the obligatory photo it was time for the off, just a mere 360 miles in 48 hours to go.

The ride was a tough one, I was averaging 20mph on a turbo which was not a bad pace mainly because there was no elevation, it was easy to get into a rhythm, before I knew it I was on the ‘ferry’ and off for a kip while we sail over the ‘English Channel’. I have done this ride for real 3 times and it’s a great one. Anyone who has completed a 24hour non-stop ride to Paris will know that the UK section is easy- it’s the part in France which is a killer.

Starting at 3am (that hour only ever seen by me usually when coming home from a night out) I donned the lycra for a sickening day. The only comfort I had was watching the Netflix series Sunderland ‘till I die, a good friend of mine is a Sunderland fan so that was fun to watch. Poor buggers!

Not far from ‘Paris’ the legs were starting to wobble, and my temper was wearing thin. Every missed gear annoyed the hell out of me, every niggly leg pain was a massive drama to me. I decided to get ‘really’ into Only Fools and Horses to take my mind away from being passive aggressive. Without realising it I had done a few extra hours, so much so I was in and out of Paris. Time for a lay down!

The return leg wasn’t fun I think I burned about 3500 calories, and unlike in France the only food on offer was tuna sandwiches out of my kitchen. Sad times.

I trundled off to bed for another 4 hours of sleep and essentially, I was asleep before my head hit the pillow. Just 3 more hours to go.

The end of the ride was straight forward, I had to break it down in half hour chunks because my legs were empty however I managed the feat. Looking back on this I really enjoyed it and I raised over £700 Sue Ryder which was superb.

I found myself spending a lot of time on the turbo trainer after a week of recovery which can be dull so if you are in the same predicament as me, get on Zwift. If you add a competitive element it keeps you pushing yourself even if you want to race yourself. Something which I found useful towards the end of April. There are plenty of decent Turbo trainers available from Cycling Bargains so follow this link and get a bargain.

Towards the end of April, I started a catchy named ‘who can ride the furthest in an hour on the road’ competition. Yours truly was at the top with a 19miles effort until some decent pros got involved, with one entry entering a 20 miler. Gutted for me…. However, all funds from that also went to Sue Ryder which is obviously a good thing.

Again, I personally need the competitive element to for my rides during lockdown, its very easy just to go through the motions so pushing myself to my max has kept me sane! Luckily, I can work from home during this pandemic and its so easy just to get on the bike and ride during lunchtimes. Notably I have lost over a stone during this period and that is down to the increase of my cycling. After 8 weeks of lockdown I am at nearly 1000 miles ridden. Personally I have enjoyed this opportunity to get out and ride. Although I think my girlfriend is sick of seeing me in lycra!

Who knows when or if we will ever return to normal again? I miss my cycling club and I miss the old days; however, I really do think cycling has not only kept so many people fit, it has kept us all sane too. I hope everyone is keeping safe and sane as well. This time next year I want to be able to nip over to Scandinavia for real God help me if it is going to be on my turbo trainer watching Only Fools and Horses.