ISM Saddles - What are they all about? 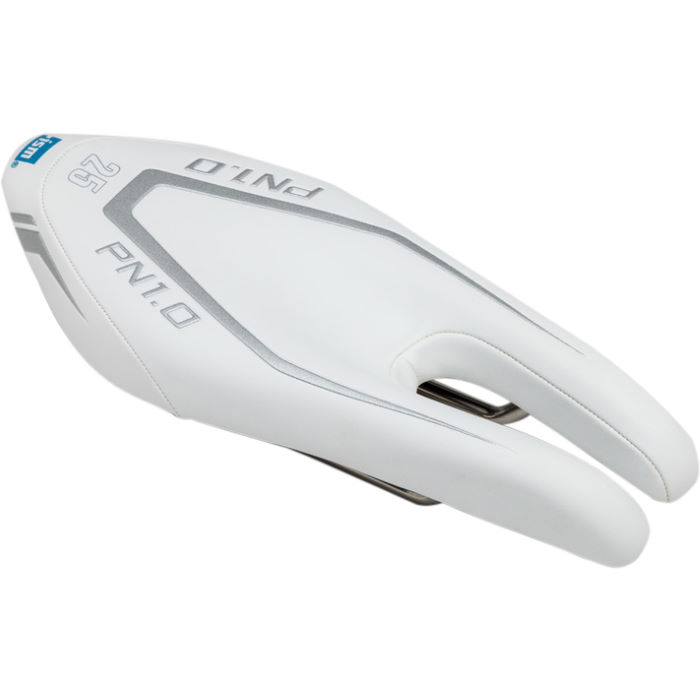 ISM Saddles - What are they all about?

It's a universal truth that riding a bicycle for longer than thirty minutes can cause a sore bottom. Anyone who has ever ridden for even longer rides will know just how sore the chafing can be. Caused by a combination of inappropriate saddles, friction, heat and sweat, even the professionals suffer from it occasionally and have been known to abandon Grand Tours because of unbearably painful sores.

So what is the solution? Is there one? Firstly, it is worth mentioning that the hard and very lightweight saddles we see on a professional racers bike are unlikely to be comfortable for ordinary mortals; they spend every day on the saddle.

A look back in history shows that a solution did appear around 1899 when the Phillips saddle was developed in the United States. This saddle took a very different approach to the rider's position on the saddle. Instead of resting the majority of his or her weight on the soft tissue between the sitting bones, the Phillips saddle forced the rider to sit further forward and almost off the front of the saddle.

Ride forwards a hundred or so years, to a strikingly similar solution proposed by Floridian cyclist, Steve Toll. He too, decided that the pressure on the soft tissue and the blood flow through those areas was causing the pains he was suffering. By placing the genital forwards and clear of the saddle, and then placing the sitting bones only as the point of contact, solved all his problems. The ISM saddle was born. Subsequent tests by independent researchers who repeatedly warned of the danger of riding with traditional saddles, showed the ISM saddles do offer a far more healthy solution.

Riding with an ISM saddle for the first time will feel a little strange. If you're sitting as you read this, then try moving as far forward as you can to the edge of the seat. Now you will feel that you are balancing on your sitting bones. It is the same with ISM saddle. You'll feel slightly 'perched' for the first few rides. But, once you've gone a few rides, you'll realise that your sitting bones have hardened up, and the initial discomfort will go away. You'll also realise that there is very little in the way of chafing or soreness.

Since their launch, ISM's have always been favoured by long distance road men and women and Ironman competitors. Today they are also used by pro track riders who have added to the tally of Ironman wins and Olympic medals. Try one. Try one of the demo saddles and see what all the fuss is about. If you're currently suffering on every ride, then you've nothing to lose. Just make sure you follow the fitting instructions carefully as these are not ordinary saddles!